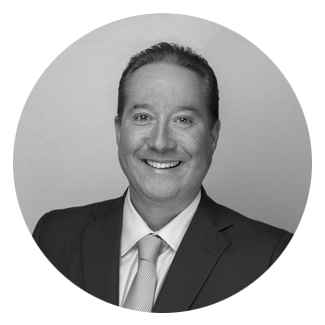 For over twenty years, Paul Reed has argued cases in trial and appellate courts throughout Florida and the United States. He is a Florida Supreme Court Certified Circuit Court Mediator and is also licensed to practice in the United States Federal Court System.  Paul brings extensive trial experience to the table after having represented clients in thousands of injury cases. He has achieved success for the victims of medical malpractice, automobile negligence, wrongful death, drowning cases, slip and falls, dog bites, assault and battery, nursing home abuse, motorcycle crashes, defective products, bicycle accidents, and more.

A native and longtime resident of Florida, Paul graduated Brandon High School where he was a standout on the baseball team. Paul continued his baseball career at Florida College and received his Bachelor’s degree from the University of South Florida in 1986. Paul obtained his Masters degree in Behavioral Science from USF, graduating with honors. Thereafter, Paul served on the faculty at USF Psychiatry Center Hospital where he taught children and adults with acute psychiatric disorders. He earned his Doctor of Jurisprudence from South Texas College of Law in 1995 and continued serving individuals compromised by mental and physical injuries by asserting lawsuits against the parties responsible for the injuries.

Paul’s legal efforts and creative advocacy have earned him a reputation for taking the most difficult cases to trial. His dedication to fighting negligence is reflected in his work and life. In 1999, Paul established the Mark Mahoney Memorial Scholarship Golf Tournament in order to honor his life long friend and teammate, Mark Mahoney, who passed away in an automobile accident. The golf tournament raises money for high school students who wish to attend Georgia Tech, Mark’s Alma Mater.

Paul is an established trial lawyer and dedicated father of three children: daughters Brittany and LeeAnn; and son Ryan, who is now his partner.

Paul’s office is now practicing law with his family, and couldn’t be more proud of what they’ve accomplished together.

Paul has won a vast amount of cases including two verdicts of $1.6 Million and $12 Million!

If you or a loved one has been injured due to the negligence or wrongful conduct of another in or around anywhere in the state of Florida, contact Reed & Reed for a free consultation to learn about your rights and ability to recover compensation from the responsible party. Our personal injury attorneys are ready to help you today.