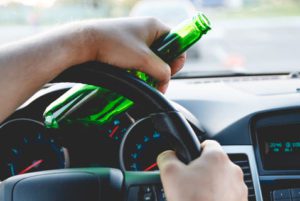 A suspected drunk driver travelling the wrong way on State Road 417 slammed into another vehicle, critically injuring its driver. The force of the collision pushed a 2015 Nissan into the path of a trailing Camaro. First responders rushed the victim to a nearby hospital; the other driver was treated at the scene.

The driver consented to a breath test, which revealed a .149 BAC. That’s almost twice the legal limit in Florida. Moreover, the driver had a prior disorderly conduct conviction which may or may not have been alcohol-related.

Many times, there is direct evidence of alcohol impairment in car crash cases, because the tortfeasor (negligent driver) consents to a law enforcement-administered breath or blood test.

In most cases, plaintiffs must establish five elements to prove negligence cases. But if the tortfeasor violated a law, the negligence per se (negligence “as such”) rule may apply. In these cases, the plaintiff need only prove:

Negligence per se also creates a presumption in favor of punitive damages, which the jury may award if it finds that the tortfeasor was consciously indifferent about the safety or property of others.

In many serious injury crashes, first responders do not have a chance to administer a chemical test. However, plaintiffs may still establish liability through circumstantial evidence. In most cases, impairment begins at one drink. So, if there is evidence that the tortfeasor had been drinking prior to the crash, the jury can conclude that, more than likely, the tortfeasor had at least one drink and was therefore impaired. There are also physical symptoms of alcohol intoxication, such as bloodshot eyes, unsteady balance, an odor of alcohol, and erratic driving.

Florida has a limited dram shop law that holds commercial providers (such as bars and restaurants) liable for damages if their intoxicated patrons negligently injure other people. Responsibility attaches if:

The tortfeasor may not be the only person responsible for damages in alcohol-involved crashes. For a free consultation with an aggressive personal injury attorney in Orlando, contact Reed & Reed. From our office in Brandon, Reed & Reed helps clients in Tampa, New Tampa, Plant City, East Hillsborough County and throughout the state of Florida.