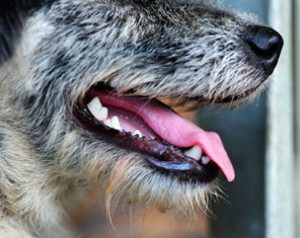 In 2015, homeowners’ insurance companies paid over $570 million to dog bite victims, and the $37,000+ per-claim figure has almost doubled since 2003. Dogs attack over 4.5 million people a year, and many of these victims require emergency medical attention. There are often substantial noneconomic damages as well, as many victims, especially children, are seriously traumatized. Under Florida law, victims are entitled to compensation for all these losses. Punitive damages are available as well, if the animal owner or custodian ignored a known risk.

Many states have adopted a form of the one-bite rule,which excuses negligence unless the owner knew that the animal was vicious. But Florida is a strict liability state, so the owners are liable for all damages “regardless of the former viciousness of the dog or the owners’ knowledge of such viciousness.”

Florida law is also favorable to victims as they build their cases for damages. There are four possible theories of recovery:

Orange County has a very broad leash law that prohibits any “at-large animal” from being “off the premises of the owner.” However, Orange County has no ordinance regarding animal tethering or tying, except during transportation and in a few other limited circumstances.

The victim’s fault is one of the most common insurance company defenses, as lawyers nearly always argue that the victim “provoked” the dog. As a preliminary matter, Florida law apportions damages based on the percentage of fault, so if the victim was 10 percent negligent, the victim receives 90 percent of the damages.

Some special rules apply to children. Florida law bars the contributory negligence defense if the victims were under 6. If the victim was older but still a minor, the jury must first determine whether or not the victim had the capacity to provoke the animal before it divides liability. Furthermore, if the owner posted a “Beware of Dog” sign in a conspicuous location, the victim is over 6, the attack happened on the owner’s property, and the victim could read the sign, the owner is not liable for damages.

Animal attacks often cause significant damages. For a free consultation with an aggressive personal injury attorney in Orlando, contact Reed & Reed. From our office in Brandon, Reed & Reed helps clients in Tampa, New Tampa, Plant City, East Hillsborough County and throughout the state of Florida.