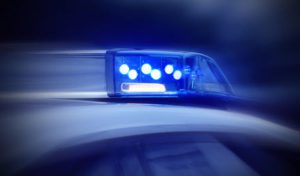 A pair of officer-involved crashes in Orange County sent at least three people to the hospital with various injuries.

The first occurred around 3:15 p.m. near the intersection of State Road 408 and Kirkman Road. Moments after receiving a distress call, an Orange County Sheriff’s deputy activated the car’s emergency lights and got in position to make a U-turn. A trailing civilian car did not stop, smashed into the stationary squad car, and then careened into a third vehicle. The two occupants in the first civilian car, along with the deputy, were rushed to a nearby hospital with serious injuries. A few hours later, near the intersection of Riverside Park and Forest City Road, a civilian car clipped a police car.

The officer could have also easily said that when officers drive as many miles as they do, it is almost inevitable that they will cause car crashes. Since 1979, over 5,000 people have been killed in high-speed police chases and officer-involved crashes, and tens of thousands of others have been seriously injured.

In many police chases, officers pursue dangerous suspects who are quite possibly armed and therefore pose a considerable danger to others, and these chases occur under at least semi-controlled circumstances. For example, in some states, the law prohibits first responders, including police and fire units, from going through red lights before the responders are sure that there is no traffic in the intersection.

However, that is not always the case, because some officers pursue non-violent suspects at very high speeds through densely-populated areas. To justify such pursuits, departments often argue that officers cannot pick and choose which laws to enforce. That reasoning may well be true, but it is also true that officers have a duty to protect the public, which is why they wear the badge. In most cases, police chases cross the line if they involve reckless endangerment of persons or property. Violating a written or ad hoc policy, such as a dispatcher’s order not to pursue or pursue with caution, is clear evidence of recklessness.

As for lower speed, officer-involved crashes, the dangers of distracted driving are well known. Yet many patrol cars are more like roving information centers, with laptop computer attached to the dashboard and a near-constant stream of radio traffic. In many cases, officers who cause collisions may face little or no discipline, and so negligence lawsuits are the only way to change driving behavior.

Florida is a no-fault insurance state, so before victims can recover compensation for their noneconomic damages, such as pain and suffering, loss of consortium (companionship) emotional distress, loss of enjoyment in life, and other items, they must sustain  serious injury as defined in 627.737(2) of the Insurance Code. This provision defines a serious injury as:

Accident victims are also entitled to compensation for their economic damages, such as lost wages, medical bills, and property damage.

Victims in all injury collisions, whether or not they involve police officers, are entitled to fair compensation. For a free consultation with an aggressive personal injury attorney in Orlando, contact Reed & Reed. From our office in Brandon, Reed & Reed helps clients in Tampa, New Tampa, Plant City, East Hillsborough County and throughout the state of Florida.