Wasn’t This On The Late Show? 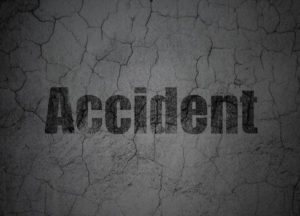 A large truck lost part of its load on an Orlando roadway, releasing an estimated one million bees into the surrounding area.

Details remain sketchy about the single-vehicle accident that occurred near the intersection of State Road 46A and State Road 46 in Lake County. In the wake of the crash, fifty of the truck’s one hundred boxes tumbled off the truck’s bed; each box carried about 20,000 bees. Volunteer beekeepers quickly arrived on scene to assist the driver, who was en route to South Florida from a Lake County bee farm. Rescuers left a few hives at the scene and placed a few more about two miles away, so wayward honey bees still in the area would have someplace to go.

Beekeeper Keith Seifert warned the public that the released bees were aggressive and possibly dangerous.

Although no one was hurt in the crash itself, bee stings have been known to cause serious allergic reactions in some victims, so the story may not be over yet. If there are any such situations, who would be liable for the victims’ damages?

In these and other indirect injury situations, such as a stray hunter’s bullet that strikes and injured someone, foreseeability is an issue, and the rule comes from Palsgraf v. Long Island Railroad Company (1928). Helen Palsgraf was injured after she was pinned underneath some large scales on a train platform; the scales fell over because a fireworks explosion on the other side of the platform caused a pulsating shock wave. Investigators later determined that two railroad workers jostled a man as they tried to help him get on board a departing train, and during the commotion, he dropped a package of fireworks that exploded when it hit the ground.

The court ultimately resolved this case – which also resembles something from the late show – by ruling that the two degrees of separation between the negligent act and the injury (fireworks explosion to scale collapse) meant that Ms. Palsgraf’s injuries were not a reasonably foreseeable result of the workers’ negligence.

Even if there is a foreseeable injury, that injury must be compensable under Florida’s no-fault law. Minor injuries, like the ones normally associated with bee stings, do not qualify. Even bee stings that are rather serious and require a quick Emergency Room visit are not compensable. Instead, to qualify for noneconomic damages like pain and suffering or loss of enjoyment in life, victims must suffer serious injuries.

This term is defined in Section 627.737 of the Insurance Code, and the threshold is not always easy to meet, because “serious injuries” are defined as:

Certain common carrier accidents, like ones involving taxicabs, as well as motorcycle accidents and some other types of crashes, are exempt from the law. If a judge determines that the victim does not meet the serious injury threshold, the victim may proceed with a claim for economic damages or start over by filing a new case.

May car crash victims in Florida qualify for additional compensation. For a free consultation with an aggressive personal injury attorney, contact Reed & Reed. From our office in Brandon, Reed & Reed helps clients in Tampa, New Tampa, Plant City, East Hillsborough County and throughout the state of Florida.